My Very Own Privileged Seat

Idly watching - the shade blurs my eyes.
Like a vouyer i get no part in your dirty job.
I will have my privileged seat - i will be the first one in line.
I will scream and kick and whine - all from my first row seat.
I will look, but i won't touch.
I will touch, but i won't taste.
I will taste, but won't swallow it.
I will just play god for a while.
In the greatest amusement park of all.
I will watch the fire burn and demand more.
I will watch the firemen work and yell at them to go away.
I will start the fight and stand aside when the punches fly.
Standing idly while the world burns.
And step on the ashes when it's done.
Yelling "go!" to my team without leaving my seat.
And invade the field after the game is over.
Root for the bull in a bullfight.
And say "too bad" when he falls motionless with death in his eyes.
And the bullfighter walks away with bloody crime on his heart.
I will yell "fuck you!" but still stand idly.
Watch my house being built and go inside when it's ready.
I will have my privileged seat - i will be the first one in line.
And i won't move a single finger to help you.
I will just step on the ashes after it's all over - including yours.
Editar playlist
Apagar playlist
tem certeza que deseja deletar esta playlist? sim não
Resultado da busca
tudo artistas músicas trecho
Playlists Relacionadas 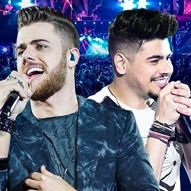